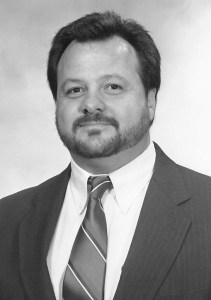 The memorial service will be held at 11:00 a.m. on Saturday, January 7, 2022, at Bryant Funeral Home Chapel with Mr. John Crews officiating.

Joseph Michael Cowart was born August 10, 1956, in Augsburg, Germany, the son of D.B. and Mary Sheffield Cowart. He was a graduate of Tift County High School and attended Abraham Baldwin Agricultural College. Joey married Debra Jarvis in 1983, and they made their home in Southwest Georgia for many years. He worked for years at The Post-Searchlight in Bainbridge, GA and later retired from Boone News Media as publisher of the Roanoke-Chowan News Herald in Ahoskie, North Carolina. Joey was Baptist by faith.

Being a military brat gave Joey an advantage when meeting people. He honestly never met a stranger as he could always find some common ground. Shortly after your first encounter, you fell in love and knew Joey was your friend for life. With the gift of gab, he was also quite a salesman.

Action Marine in Bainbridge found much success with Joey at the helm. He was that guy described as “good to his core”. He loved his people and enjoyed cracking a joke, telling a story, and making memories. Joey was an avid fisherman, a BBQ Pitmaster, and talented drummer. Everywhere Joey was became a better place because of his presence.

Survivors include his wife of 39 years, Debra Cowart; his children, Jaye Cowart (Brittany) of Lake Seminole, and Jennifer Cowart (Donnie) of Bainbridge; his grandchildren, Willow, Bryson, Madison, and Alayna; and his best dog, Lucy.

In addition to his parents, Joey was preceded in death by his brothers, James Donald Cowart and Terry LeDon Cowart.