Who cares about public notices? You should. 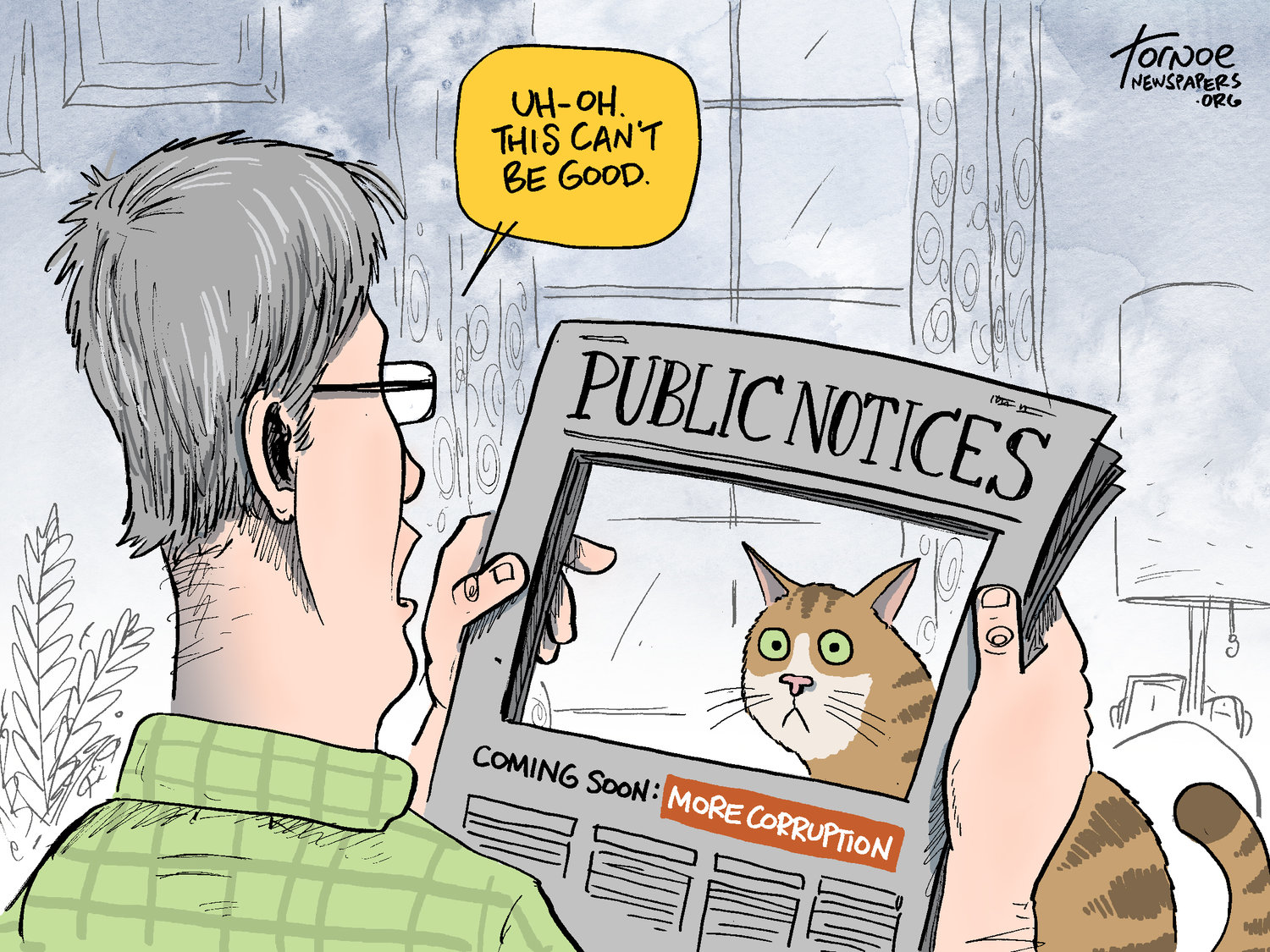 One of the great things about living in the U.S. is that our city and county governments are required to keep their citizens informed about their actions. One of the ways they do this is through public notices — the informational notices that have been deemed to be of importance to local constituents. They are required by law to be disseminated by an independent third party to a broad audience within the community.

An example of a public notice is a request to rezone a piece of property from residential to commercial. The ramifications of such government action are obvious, and it’s in the public’s interest to be able to monitor and provide input into such activities. Public notices are currently required to be published in the newspaper.

There have been recent attempts in several states to change the law so that public notices are no longer required to be published in newspapers. The motivation for eliminating the newspaper publication requirement is typically from one of two sources:

While saving money seems to make sense at first blush, when you weigh the impact on the community – losing transparency and the ability to keep citizens informed – the costs are minimal and worth the investment.

Public notices have been around since the first Congress, and newspapers have been the designated recipient of public notices since the beginning, when radio, TV and the internet didn’t exist. We now have dozens, if not hundreds of media choices; there are more forms of communication than ever before.  With such a multitude of choices it begs the question of what’s the most effective medium, and are newspapers still a viable option?  Broadcast TV, cable and radio often have a representative audience. However, it just isn’t cost effective to produce ads and buy airtime for public notices, and those ads don’t explain the complex issues as well. Plus, it isn’t feasible to go back and watch a public notice ad that ran in an earlier time period.

What about a city or county just posting the notices to their own website? This is the most significant challenge that newspapers often face in the public notice debate, but this carries two significant problems:

While there are many websites that have large audiences, most are specifically targeted at a specific interest, and not for a local (geographic) community. Public notices, by their very nature, are local and only have value to the audience who live in the impacted area. The laws in most states require that the public notices printed in newspapers must also be posted to the newspaper’s website, so the right audience is reached in print and online. Plus, the most interested observers of a community and its government typically read the local newspaper; there are typically few or no other entities that provide news about the city and county. It is rare to find a local website with an audience more interested in the actions of their government than that of the local newspaper.

Newspapers charge a reasonable fee for publishing public notices — usually significantly less than the commercial rates charged to other advertisers. This covers the newspaper’s expense and may even provide a small profit. Considering the important role that newspapers play in their community, this is a worthwhile investment in an institution that provides news and information that is rarely available elsewhere.

Let your state legislators know that you value being able to access notices in your newspaper and that they are worth the investment. There is a cost to keeping citizens informed, but the costs of not doing so are much higher!

On behalf of its approximately 1,500 newspaper and associate member companies, America’s Newspapers is committed to explaining, defending and advancing the vital role of newspapers in democracy and civil life. We put an emphasis on educating the public on all the ways newspapers contribute to building a community identity and the success of local businesses.  Learn more: www.newspapers.org