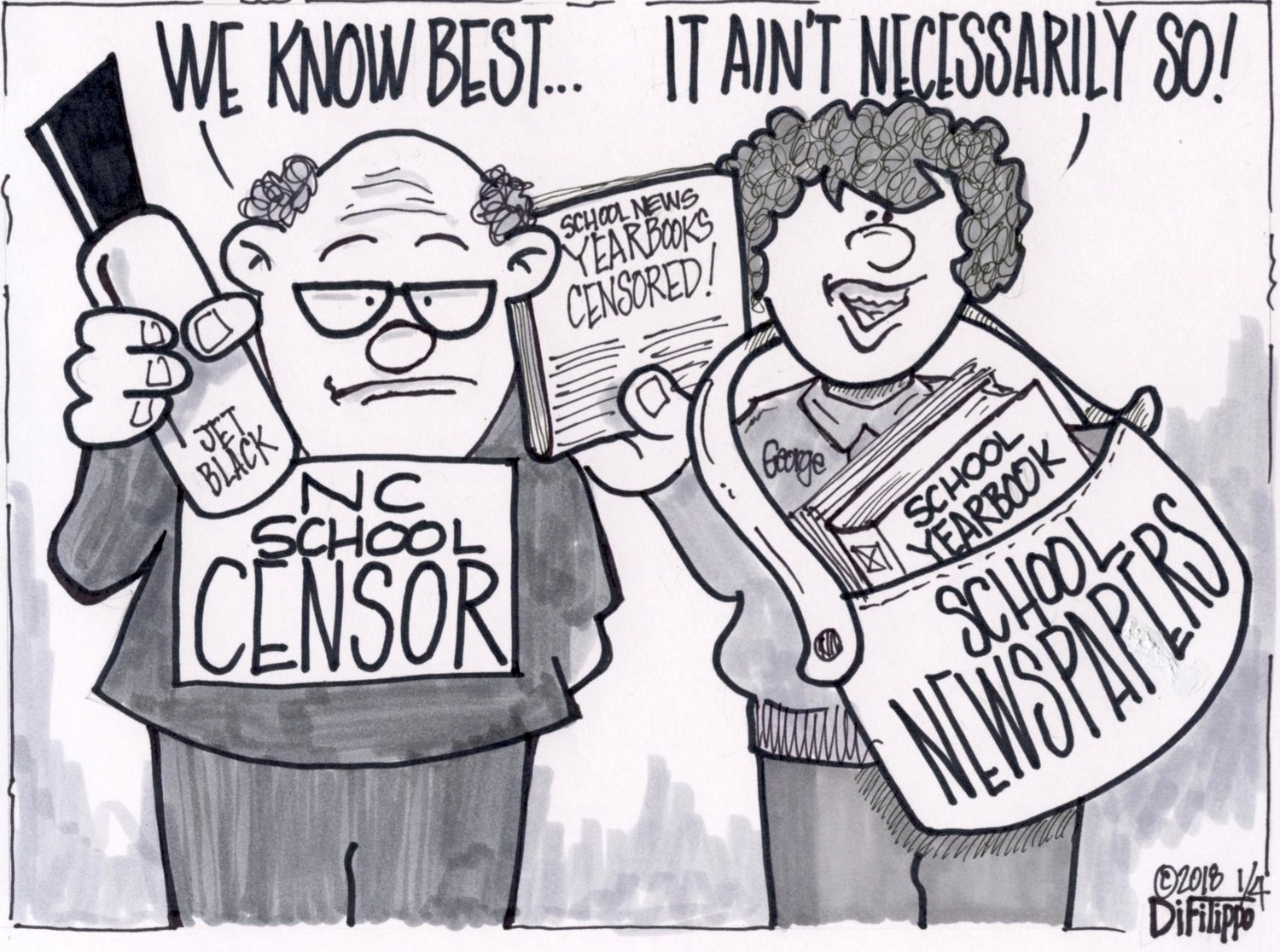 Investigative reporter Carl Bernstein learned journalism fundamentals at his high school newspaper. But today’s teenage scribes are more likely to learn lessons in censorship than the kind of dogged reporting that exposed the Watergate scandal.
This month marks the 30th anniversary of a deeply flawed Supreme Court decision, Hazelwood v. Kuhlmeier, that stripped high school students of press freedom rights. A 5-3 majority ruled that administrators, not student editors, control the content in school-sponsored publications.
The watershed case turned gutsy, innovative student newspapers and yearbooks into bland house organs for schools run by risk-averse principals who prefer public relations to genuine journalism. Censorship became the rule, not the exception.
Prior to the 1988 Hazelwood case, student publications enjoyed broader First Amendment rights under the 1967 Tinker v. Des Moines ruling, which balanced individual liberty with public schools’ need to maintain safety and order, allowing officials to intervene only to prevent “substantial disruption.”
The Tinker standard still applies to general student speech in public high schools. A T-shirt bearing a political message would have the Supreme Court’s stamp of approval, but that same message could be grounds to reject an opinion piece in the school paper if the principal doesn’t like it.
A now-infamous case of yearbook censorship brought the glare of cable news spotlights to North Carolina last May when Richmond Early College High School in Hamlet refused to distribute the annual because it contained senior quotes including “Build that wall!” with attribution to Donald Trump.
Folks can dislike the student’s choice of senior quote but agree that a high school graduate of voting age should be able to endorse a sitting U.S. president’s stance on border security without the so-called adults in the room snatching everyone’s yearbook away in a snit.
In Gaston County, Piedmont Community Charter School censored two students’ senior quotes by blotting them out with black marker before it would allow the yearbooks to be distributed. Neither comment was profane — one was a political criticism of Gandhi and the other was an inside joke.
High school journalists live under a cloud of repression thanks to the Hazelwood decision and its misapplication by the courts. The ruling allows school officials to step in only to address “legitimate pedagogical concerns,” but education is rarely if ever the reason for interference.
“Since Hazelwood, court after court has given school censors the benefit of the every doubt — even where there is no possibility that the students’ speech could harm anybody,” the Student Press Law Center wrote in a 2012 analysis.
Stakeholders know that censorship isn’t a lesson worth teaching the next generation of Woodwards and Bernsteins. That’s why the Journalism Education Association has partnered with the SPLC to support a campaign that would protect student speech at the statewide level.
Legislation already on the books in 13 states including Maryland, Pennsylvania, Massachusetts, Kansas, California and Illinois restores the Tinker standard of student expression in public high school student media, according to New Voices USA, which is promoting model legislation in 16 other states.
North Carolina doesn’t have a New Voices bill yet, but last May’s censorship controversies show one is sorely needed. Having enacted a sweeping law to protect students from unconstitutional speech codes on University of North Carolina System campuses last summer, legislators can turn their attention to the hostile climate for free speech many of our K-12 public schools are fostering.
Supported by the nation’s journalism educators, New Voices doesn’t give high-schoolers free reign to peddle smut or publish falsehoods. Teachers will require mastery of best practices, and under the Tinker standard, administrators could still intervene in limited circumstances.
We are proud to join a long list of press freedom advocates, First Amendment groups, journalism collectives and professional education associations in endorsing the New Voices movement.
Seizing yearbooks and vandalizing them with black ink is a stain on our state. North Carolina lawmakers can put the brakes on high school censorship and teach our students worthwhile lessons about freedom and responsibility by passing a New Voices bill this year.