The NC Media & Journalism Hall of Fame recognizes diverse individuals with ties to the state who have had a significant impact on the professions and the communities they serve. The honor is awarded to people at any stage of their careers who demonstrate leadership in their spheres of influence; service to the professions and society; and performance that meets the highest professional standards. Honorees are also people who inspire and advance others in media and journalism careers. 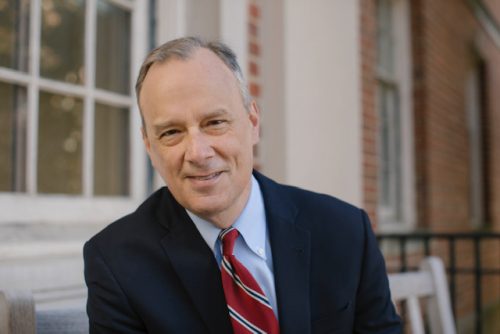 John Drescher grew up in Raleigh, where his journalism career began as a 15-year-old reporter for the Springdale neighborhood newsletter. He received degrees from UNC-Chapel Hill, where he was editor of The Daily Tar Heel, and Duke University, where he served on the board overseeing The Chronicle. He was a reporter for The News & Observer and The Charlotte Observer, and held several editing jobs in Charlotte, including metro editor and front-page editor.

He was named managing editor of The State newspaper in Columbia, SC, in 2000, and shepherded a series on the state’s deadly highways that prompted the legislature to make several safety improvements. Two years later, he returned to the N&O as managing editor, and eventually served as executive editor for 10 years, emphasizing public service investigative reporting. The N&O and The Charlotte Observer were a Pulitzer finalist in 2013 for their jointly reported series, “Prognosis: Profits,” about the state’s nonprofit hospitals.

The N&O’s investigative reporting was featured in the book “Democracy’s Detectives,” by economist James T. Hamilton, who quantified the extensive public benefits to North Carolina from the paper’s deepest reporting, even as those benefits often go unrecognized by the public. After an N&O investigation into the state’s probation system caused the legislature to add probation officers and make other improvements, Hamilton wrote, “…Those who would not be murdered because of the new policies arising from the paper’s accountability journalism would not know to thank the newspaper.”

N&O reporters uncovered numerous examples of high-level political corruption, some of which led to prison sentences, prompting Republican political consultant Carter Wrenn to write on his blog, “I reckon U.S. Attorney George Holding has done more to fight corruption than just about anyone in North Carolina except News & Observer Editor John Drescher.” For his efforts to expand the N&O’s investigation work, in 2013 Drescher received Duke University’s Futrell Award, which is awarded to an alumnus for outstanding achievement in journalism.

He joined The Washington Post’s national politics investigations and enterprise team in 2019, and edited several exclusive stories about President Donald Trump, including the revelation of secretly recorded conversations between Trump’s sister and niece. “He has no principles. None. None,” said former federal judge Maryanne Trump Barry. “I’m talking too freely, but you know. The change of stories. The lack of preparation. The lying. Holy sh—.”

Drescher now writes and edits as contributing editor to The Assembly, a new digital magazine for North Carolina. He has reported on how the UNC School of Journalism’s namesake donor urged the dean not to hire journalist Nikole Hannah-Jones, an alum of the school, and how a federal agency never did what it promised after a fire killed 25 people in a chicken-processing plant in rural North Carolina 30 years ago.

His book, “Triumph of Good Will: How Terry Sanford Beat a Champion of Segregation and Reshaped the South,” was published by the University Press of Mississippi in 2000. He and his wife, Deanna, have three adult daughters.